About the Pumpkin Nights Festival

Pumpkin Nights is an outdoor Festival that takes you through a half-mile walking path filled with over 3,000 hand carved pumpkins. In addition, Pumpkin Nights also offers food, games, bounce houses, a fire show and more.

Her eyes lit up as she got her complimentary glow necklaces and her father put them around her neck. She was sitting in her stroller anxiously awaiting this new adventure. Her Mom was taking photos as usual, and her little brother was asleep behind her.

They strode past the entrance gates after having their online tickets scanned. This saved them time, and was well worth the extra planning. They had already eaten earlier, so they strode past the food court and went straight to the first display. Tons of people were looking at it, and her parents had to wind their way up to the front so she could see. In the middle of the stage sat 5 or 6 unbelievably large pumpkins, all carved by hand and lit up from within. She had never seen a pumpkin before. At least not that she could remember, so seeing some this large and with the strange faces that had been carved into them was spell-binding.

After spending a few minutes to take in the large pumpkin display, they continued on their way to the main event entrance. The winding path that had been laid out for them was enchanting. Lights were strung from the pillars above and pumpkins lined the entire pathway, lighting her way.

At the end of the pumpkin pathway was an unexpected entrance to a new world. It was like stepping into a Japanese pond. Koi were carved into the pumpkins displayed on either side of the great room. In the middle sat a beautiful dragon carved entirely from pumpkins, silently watching over the Koi in his pond.

Upon leaving the room, they encountered an actual pond where cute pumpkin turtles “swam” through the water. As they circled around the pond they happened upon one of the greatest displays of the entire night, a second pumpkin dragon, suspended in mid air above the pond. A tree filled with pumpkin lanterns hovering above it.

After passing the pond they ran into a haunted house. Scary pumpkin spiders sat above its entrance daring those outside to come in. The house was an extra activity slightly off the path for those braver than her and her baby brother.

Along the path to her next adventure she found a pumpkin casket in a field of pumpkin graves – a sure sign of things to come. They passed through a spider web and finally came upon the largest pumpkin spider any of them had ever seen. It glowered with red as it hung suspended in the air high above the crowd.

Shortly after passing under the spider, she came upon a new land. This land was filled with pumpkin pirates and palm trees, but the main attraction was the Pirate Ship. Her father was a little too excited about this display.

To her delight the next room was filled with bubbles. She loved playing with the bubbles and ended up leaving the room covered in bubble soap that glowed off her face from the black lights. Beautiful pumpkin coral lined the room and she felt as though she were actually under water as they made their way through.

She had not spoken a word the entire time. The displays were all so magical, she was mesmerized. While their journey through the pumpkin worlds continued, we don’t want to spoil it for you. You’ll have to visit the Pumpkin Nights Festival yourself to find out what other pumpkin surprises they have in store.

After passing through the final pumpkin world, Peanut found an entire park of games and activities for children. There was bike racing, wall climbing, bean bag toss, bounce houses and slides to name a few. But by this time it was getting late and was close to her bedtime, so the family started to head home.

On their way out of the Festival, they ran into a Fire Show. Once again, she was sucked in by the flickering light of the fire as the dancers spun and twirled. But alas, she was so tired by the end of the show that she was barely able to keep her eyes open. She had such a wonderful time wandering through the magical world that was Pumpkin Nights. As they got in the car to head home her eyes were droopy with exhaustion. Her parents knew she had enjoyed her night and it was a good experience for all. She slept well that night, her dreams filled with the magnificent displays and the beautiful lights of Pumpkin Nights.

We really enjoyed our time at the Pumpkin Nights Festival and would absolutely go again. They had a range of activities geared towards kid of all ages, so there’s definitely something in it for everyone in the family to enjoy.

The only thing lacking was the choices in food. If you have a picky eater in your family, you might want to consider eating elsewhere before hand. We didn’t eat while we were here, but there was a limited number of choices- and none were anything to get particularly excited about. This isn’t a criticism of the food itself, more about the variety. If you and your family are not picky eaters, and you’re looking for something convenient, then you’ll likely be able to find something you like here.

Have you been to the Pumpkin Nights Festival? How was your experience?

Tips for Your Visit 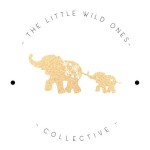 The Little Wild Ones Collective

Little Wild Ones Scouts are parents who love exploring the world with their little ones. They are talented visual story tellers who’s work allows us

Ultimate Oceanside Bucket List {101 Things to do In Oceanside, California}

Our family goes to Southern California at least once each summer. It’s a fun road trip that’s been a tradition in our family since we

Are you ready for Christmas? Here is the Little Wild One’s list of the best things to do for Christmas in Utah this year! The